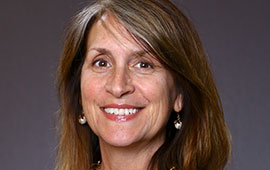 Melanie Brown-Woofter
Brown-Woofter, of Crawfordville, is the President and CEO of Florida Behavioral Health Association (FBHA), the state’s largest trade association representing community behavioral health providers with a united voice. She is a former program administrator for the Agency for Health Care Administration (ACHA). She earned her bachelor’s degree in nursing from the University of Florida.

Steven Leifman
Leifman, of Miami, is an associate administrative judge for the Eleventh Judicial Circuit Court of Florida. He has served as special advisor on criminal justice and mental health for the Supreme Court of Florida since 2007. He has been a member of the board of the American Psychiatric Foundation since 2014. Leifman earned his bachelor’s degree from American University and his juris doctorate from Florida State University.

Sheriff Tommy Ford
Ford, of Bay County, was appointed Sheriff in 2016 and subsequently elected in January of 2017. He served for eighteen years at the Florida Department of Law Enforcement (FDLE) as a special agent investigating violent crime, major drug crimes, public integrity issues and officer involved shootings. He served for eleven years on the FDLE Special Operations Team and as team leader for two years. Ford is a member of the Gulf Coast Children’s Advocacy Center, the Florida Sheriff’s Youth Ranches and the Criminal Justice Standards and Training Commission. He earned his bachelor’s degree in accounting and finance from the University of West Florida.

Melissa Nelson
Nelson, of Jacksonville, is the State Attorney for Florida’s Fourth Judicial Circuit. Nelson began her career in 1997 as an Assistant State Attorney and prosecuted cases ranging from misdemeanors to capital homicides. She currently serves on the Alcohol, Tobacco and Firearm’s National Gun Crime Intelligence Governing Board, the Florida Cold Case Advisory Commission and is a fellow at the American College of Trial Lawyers. She earned her bachelor’s degree and juris doctorate from the University of Florida.

If you are an individual in need of behavioral health services, please CLICK HERE to seek help.
close
Toogle Down